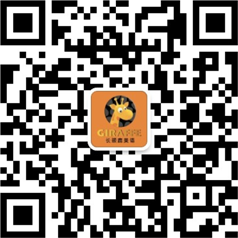 Since its establishment over 70 years ago, Shandong Pictorial Press has survived the Anti-Japanese war and witnessed the birth of the People’s Republic of China. It recorded China’s socialist modernization process and reflected the great change brought by the reform and opening up in the past three decades. Through the efforts of numerous writers and editors, Shandong Pictorial has become a well-known comprehensive politics journal featuring abundant illustrations and pictures and exclusive, authoritative and in-depth reports. With a large number of readers from the politics and business, academia and culture circle, Shandong Pictorial is playing an increasingly important role in China.

With 45 staff, Shandong Pictorial Press has 11 departments including Editorial Department, Photography Department, Design Department, Circulation Department, Image Center Department and New Media Department. Besides, there is a professional editing and photography team composed of 34 high-quality editors, journalists, photographers and designers, all of whom have rich experience in planning, promoting and covering large-scale events. Adhering to the concept of "serving the people and socialism", Shandong Pictorial, the main media of public opinion in Shandong Province, attaches great importance to the authenticity, informative and artistic function of news and aims to become “the best pictorial in China”.

In recent years, Shandong Pictorial has won the first "National Journal Award" and was nominated in the 2nd and the 3rd "National Journal Award: 100 key social science journals". It was also selected as "an influential journal in the past decades since the founding of PRC in 1949", "the most beautiful journal in China", and has received the highest award of China Pictorial Association - the "Golden Eye Award". In 2015, Shandong Pictorial Press was awarded as the "top 100 best newspaper " issued by SAPPRFT.

In addition to journal publications, Shandong Pictorial Press expanded its business to publications of painting albums, books and videos. At the end of 2016, its total assets reached 95.32 million yuan.

In the future, insisting on putting the social benefits first, Shandong Pictorial Press will continue to attach great importance to brand building and brand extension and stick to the strategy of expanding traditional and emerging industries, improving itself and external cooperation and construction of both corporate systems and culture. All in all, Shandong Pictorial Press plans to build itself into an influential periodical press in China.